The week long competition for votes started with Crested Butte jumping out to an early lead, but Eaglecrest never lagged far behind. It appeared the lead would hold through the end of voting until Eaglecrest came through with a surge late into Thursday night. Friday saw the Butte coming back to erase the 500 vote lead and hold on to win 17,156 to 17,063. Was it the CB Mountain Resort’s promise of free beer at the victory party that tipped the scales back in their favor? We’ll never know, but the party at Butte 66 was not to be missed.

Crested Butte knocked off some other great ski resorts including Aspen, Big Sky, and Sun Valley to win the Rocky Mountain Division over the last month. Victory parties at Kochevar’s saloon rallied the town, and brought locals together to celebrate something they know all too well: Crested Butte is a really special place. 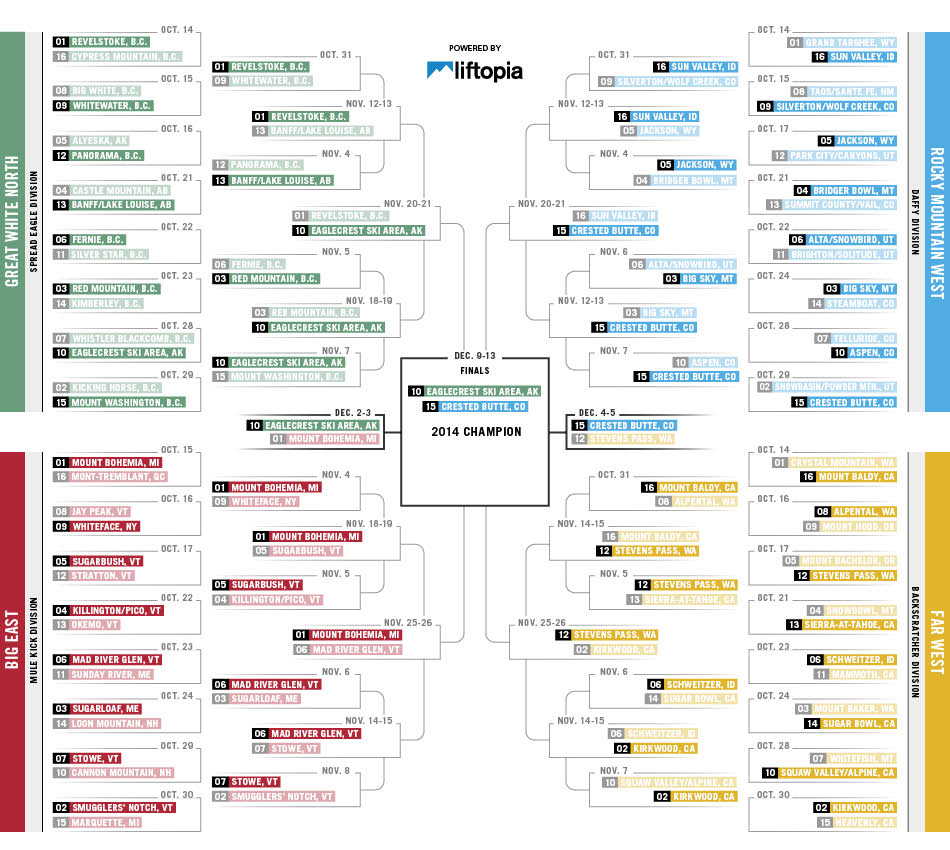 No word yet on a ticker tape parade…