Tyler Hansen – For nearly two decades, Tyler has been playing music for audiences throughout the country. He started his career touring the East Coast as a solo act before moving to the Mountain West. He’s hesitant to define his musical style, letting “acoustic everything” do the job of explaining his genre. His influences range from folk to soul to classical. During his career he has had the privilege of sharing the stage with John Mayer, Steve Earle, Richie Furay, Wynonna Judd, and Diamond Rio among others. He has been invited on multiple occasions to participate in Dean Dillon’s Crested Butte Songwriter’s Festival (Now High Country Music Festival) where he had the honor of playing alongside songwriting heavyweights like Mac Davis and Robert Earl Keen.

For this special performance, Tyler will be joined by Michael Schmidt on keys and guitar and Maggie Leslie on electric guitar, keys, and mandolin. Michael is a student at Berklee school of music and has played with the California Honeydrops, G-Love, and Victor Wooten. Maggie’s musical resume is as deep as her talent – exploring soul, pop, bluegrass, indie, and blues as a wildly capable multi-instrumentalist.

More information about Tyler can be found at Facebook.com/tylerhansenmusic

DJ David Voorhees – He often performed shows at Sherpa and Yeti’s in Breckenridge, which is now three20south, and which Voorhees remembers as its previous incarnation, Alligator Lounge. He also performed at events around the county, including the X Games.

Voorhees can give what seems to be a never-ending list of bands and performers that he has opened for over the years, including DJ Vajra, Hieroglyphics, the Wu-Tang Clan, Rahzel, DJ Q-bert, KRS-ONE, A Tribe Called Quest, People Under the Stairs, Quest Love and many more. He has fond memories of hanging out and performing with friends and local musicians as well.

More information about CCC can be found at Facebook.com/coalcreekconnection 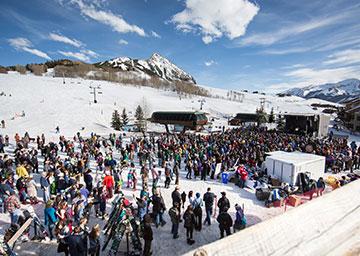