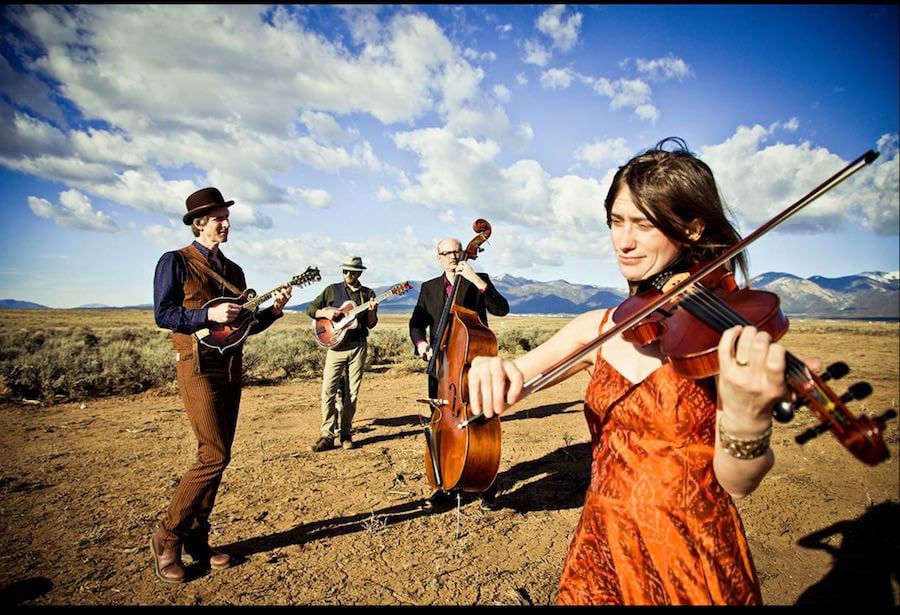 Take in Crested Butte’s best view of the mountains while listening to one of the country’s greatest and most eclectic gypsy jazz / folk / indie rock bands, Taarka. Bring your own chair and picnic for the best morning of your summer!

Taarka seamlessly fuses brilliant instrumental chops with songwriting of great depth and creativity, cooking up musical “sustenance that stays with you long after you’ve pushed away from the table.” Adventurers through the many landscapes of music and true world travelers, veterans of 1000-year floods and veggie oil tour buses, David (voice, mandolin, guitar, and octave mandolin) and Enion Pelta-Tiller (voice, 5-string violin), accompanied by the talents of Troy Robey (bass) and Larry Thompson (drums) spin stories and melodies that delight, inspire, and move all who listen.

Once described as “a collision between Django Reinhardt and David Grisman” (SF Weekly), Taarka’s strikes a balance between well-crafted songs and spirited instrumentals, expanding on their beginnings as a purely instrumental string band putting a modern spin on Gypsy and Eastern European folk music. Taarka has drawn from wide-ranging influences over the past 16 years. Since 2006, when David and Enion landed in Lyons, CO, known for its bluegrass and new acoustic scene their compositional output has taken on a decidedly American bent, with vocals added to enhance the stories told in their songs.