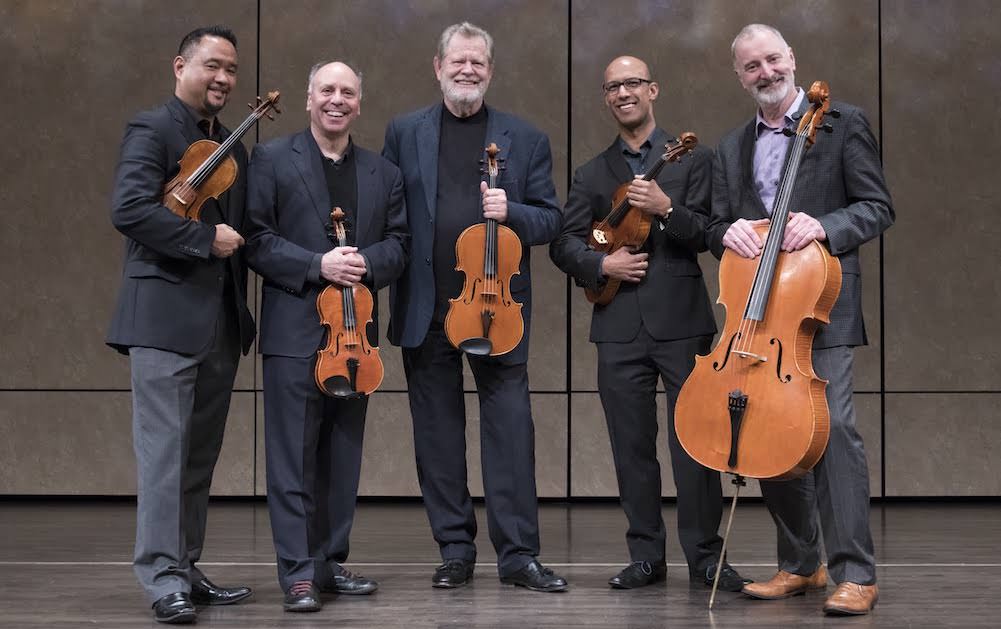 The venerable Alexander String Quartet is one of the most admired and acclaimed chamber music ensembles in the world. Over its rich 39-year history, the quartet has won numerous awards and garnered critical acclaim in the most important publications. This Home Soiree is an incredible opportunity to experience amongst friends an intimate concert by one of the greatest ensembles in history!

In this special performance, the Alexanders will perform selections from pieces and quartets by J. Kern, J. Haydn, M. Ravel, L. Beethoven, D. Shostakovich. This performance is certain to be a highlight of the summer!

“They played as a tight group, carefully responding to each other, balancing lines, mirroring attacks. At times, they were as ferociously impressive as a small group of precision fighter pilots going through aerial maneuvers at breakneck speeds.” – LOS ANGELES TIMES

The Alexander String Quartet has performed in the major music capitals of five continents, securing its standing among the world’s premier ensembles, and a major artistic presence in its home base of San Francisco, serving since 1989 as Ensemble in Residence of San Francisco Performances and Directors of The Morrison Chamber Music Center Instructional Program at San Francisco State University. Widely admired for its interpretations of Beethoven, Mozart, and Shostakovich, the quartet’s recordings have won international critical acclaim.

These are the first performances of the quartet at the Crested Butte Music Festival, and we’re privileged to see them perform!